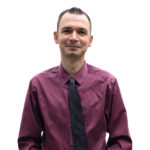 Amazon sellers, this is Chris. He won a great case by arguing in his plan of action the differences in laws between the United States & France.

For this particular suspended Amazon seller who had their entire business down, Chris discussed in his plan of action the differences in US & French laws. He showed Amazon staff how they were not going to have any more problems with this seller because the listing was going to be changed to be in full compliance with French regulations.

We are thanking Chris today because this suspended seller is now reinstated to sell on Amazon, sales are going back up, the seller can make his payroll, and money was released to buy more inventory.

If you’re suspended on Amazon: