It is really important that sellers realize that the change in the language of section 5 expands and broadens the scope of a seller.

How that comes into play and how it affects sellers, there’s no more putting the blame off, putting the responsibility on maybe an employer or somebody else. The entity is held to that standard that the information they represent is truthful. I think this kind of places a duty on the president or the CEO of a company to make sure that they know they inform their employees as to who is specifically authorized to act on behalf of the corporation when they’re transacting business with Amazon.

In section 6, on a very basic level, indemnification is the process of a party having another party indemnify it from its liability.

So one party will come in and pay the other party the expenses that it incurred in liability in legal action. So, to make it easier for sellers to understand, Amazon will let you sell any product you want for the most part, as long as it’s compliant with their policies. Amazon doesn’t want to be responsible, and they’re not paying if somebody gets hurt. Do you want to sell something that’s inherently dangerous? It’s on you to represent them, you to hire the attorney, and you to make sure Amazon pays nothing.

I’d like to dig a little bit deeper into the changes in the indemnification language in the BSA agreement. Under the old BSA agreement, a third party seller was solely responsible for representing both themselves and Amazon as well. The way it would work under the old agreement was that if a person screwed up in representation, then Amazon would just sue that third party seller after the fact. Amazon’s only recourse was to sue the seller for the amount of money they had to pay, which they should not have by the BSA agreement. The new change, what it adds in is that Amazon, their counsel needs to sign off and consent to any settlement agreement or judgment entered into. Rather, if that case happens, at least they’ve done their due diligence and made sure that their attorney realized this is a fair judgment. This is good. Everything worked out in the settlement. It’s essentially they trust you can go out and hire a lawyer, but they’re going to put their sharks on it as well (like a big brother) and oversee the case to make sure it’s being settled properly. 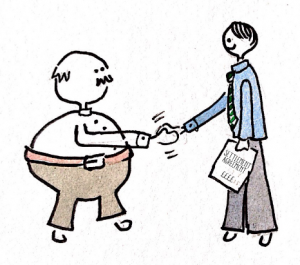 I think a lot of these changes come from our cases against Amazon and a particular one when they said they didn’t actually indemnify hold harmless. I think Amazon didn’t like the language in the settlement agreement. So I think what Amazon’s lawyers are going to do is they’re going to want to try and get admissions that Amazon had no role, that Amazon was not the retailer. Amazon is going to use this to cover their behind even more than they do now. But that’s not bad for sellers. It’s really not bad to have Amazon’s lawyers look over the agreement. It’s not going to cost the seller anything, at least we hope not, and they’re pretty smart people. Also, the fact that they want to look at it and sign off on it is a good thing. I don’t think they have to put the kibosh on resolutions and settlements. Certainly if it’s done well and they have no liability, I think that they’re going to give it a once over as well.

If you’ve been suspended on Amazon or have questions about representations & indemnification, call us today for a free consultation: 1-877-9-SELLER.

Make sure you watch all of our videos regarding the loopholes Amazon created in the new TOS.