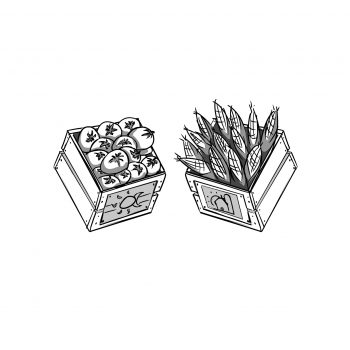 “Fair Use” is a legal term that delineates when you can use another’s trademark and when another person or company can use your trademark.  There are two forms of “fair use.”

Definitions: The first type of fair use is known as “classic” or “descriptive” fair use.  Descriptive fair use is where the trademark is being used to describe the Seller’s goods or services, geographic origin or the owner of the business.[1]  The other type is called a “nominative fair use.” A nominative fair use occurs when someone uses another’s trademark without any likelihood of confusion as to the identity of the original owner.[2]  The term “junior user” refers to the person or business that is using someone else’s mark.

Classic fair use under § 33(b)(4) of the Lanham Act is when a junior user uses language or images that resemble the trademark owner’s to describe his own product or service.[4]

The elements of proving the classic fair use defense are: (1) junior user’s use of the term is not as a trademark or service mark; (2) junior user uses the term “fairly and in good faith;” and (3) junior user uses the term only to describe its goods or services.[5]  An example of a classic fair use dispute would be a company using “sweet-tart” to describe a juice flavor. This does not infringe on the trademark “Sweet-tarts” for the candy company.[6]  In this case, the juice company sells a variety of flavored juices that they advertise as being sweet and tart, often phrasing it as “sweet-tart.”[7]  The company that produces the sweet-tart candy was unhappy with the hyphenated structure of the advertisement and sought an injunction against the juice company for trademark infringement.

To evaluate whether this constitutes trademark infringement, the facts need to be applied to the test for the classic fair use defense.  The first element requires that the term is not being used as a trademark by the juice company.  According to the facts given, the juice company is simply using the term to describe their own product.  They are not attempting to use the sweet-tart brand to promote their own product or make it appear as if they have any connection with the sweet-tart brand. Instead, they are only trying to use the words sweet and tart to describe the flavor of
the juice.

The second element in determining classic fair use is whether the use of the term is fair and in good faith.  In this case, there is no indication the term was being used in bad faith.  For this to occur, a junior user would have to be actively trying to use the trademark to promote their product.  The juice company is using the words in a descriptive manner; they are not using the trademark or the sweet-tart brand in any fashion to promote the juice.

Finally, the last element of the classic fair use test is whether the junior user used the term to describe their own product or services.  The juice company satisfies this element because they used sweet-tart to describe the taste of their juice.

The purpose of the classic fair use defense is avoid prohibiting competitors from using language that is needed to describe their products or services.  Therefore, when companies acquire a trademark they do not have the exclusive right to use the English language words included in the trademark.  It is impractical for only the candy company to be allowed to use the words “sweet” and “tart” for commercial purposes which would create unfair competition.

In contrast, an example that would not fit the third element of the classic fair use test would be where two manufacturers of baseball bats used the term “Slugger” to identify a baseball bat that hits harder than other baseball bats. 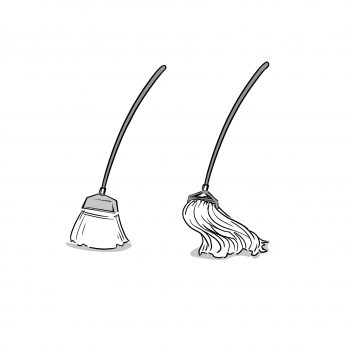 If one manufacturer has trademark protections for the term, the junior user will not be able to argue nominative fair use because slugger is not a descriptive word for the bat.  This is because the term slugger is not being used to describe anything to do with the bat.  It does not describe the make, design, color, material or anything other aspect of the bat.  It is simply used to identify a specific bat.  Since classic fair use only applies for descriptive purposes, the junior user would not be protected by this defense.

Anthony’s Breakdown: A useful way to understand whether classic fair use would be acceptable is whether it is a descriptive word you are using.  Words that have no descriptive purpose, such as “Starbucks,” “Gatorade,” or “iPhone” will not be protected by classic fair use.  This is because these terms are specific for identifying the brand they are registered for trademark by and do not serve any descriptive purpose of the good.  Terms such as “latte,” “sports drink,” or “apple” are descriptive.

The Ninth Circuit has established the three elements for nominative fair use:

(1)   the plaintiff’s product or service in question must be one not readily identifiable without use of the trademark;

(2)   only so much of the mark or marks may be used as is reasonably necessary to identify the plaintiff’s product or service, and;

(3)   the user must do nothing that would, in conjunction with the mark, suggest sponsorship or endorsement by the trademark holder.[9]

Consider the example of a famous television host who loaned his name to a commercial business to use for advertisements.[10]  Dick Clark, host of popular television shows such as “American Bandstand” and “Dick Clark’s Rockin New Year’s Eve” gave Olive Enterprises, Inc. (“Olive”) the exclusive right to use his name for commercial benefit through a loan agreement.[11]  Olive obtained an official service mark for “Dick Clark” through the USPTO. America Online Inc. (“AOL”) began an advertising campaign where they included in their logo: “If you danced to the Beatles, cruised in a Thunderbird, or tuned into Dick Clark, you earned … 100 hours free [internet service on AOL].”[12]  Olive then sued AOL for trademark infringement and AOL raised the defense of nominative fair use.

The first element of the nominative fair use test requires the product or service to not be readily identifiable without use of the trademark.  A trademark of an individual’s legal name makes it extremely hard to refer to that person without using the trademark.  Therefore, the first requirement of nominative fair use is met where there is no descriptive substitute for describing the individual and the only option for referring to him is by using his name.  In this case, it was deemed unwieldy to refer to Dick Clark as “that personable announcer of that TV dance show from the 1960s.” The court found that the first prong of the test was met.[13]

The second element requires that only so much of the mark or marks that are reasonably necessary to identify the product or service may be used.  In our example, AOL did not put the term “Dick Clark” in larger font than any other term in the advertisement.[14]  The argument was made the color combination of Dick Clark’s name was more visible than the other words; but the court found this to be a stretch.[15]  Ultimately, the size and font of the mark in the advertisement were only used to refer to the TV personality and no unnecessary tools, such as photographs, were used to identify him.  Therefore, the court found AOL’s use of the mark was no more than reasonably necessary to identify the TV show host.[16]

The third and final element requires that the user must do nothing to suggest sponsorship or endorsement by the trademark holder.  There was no indication in AOL’s advertisement that suggested joint sponsorship or endorsement from Olive.[17]  There were no references made to Olive in the advertisement and it is not practical to believe anyone would make the assumption that Olive was involved with the internet service being offered.  Therefore, all three elements for determining nominative fair use were met in this case.  This means that AOL’s actions were protected by the Lanham Act and there is no trademark infringement.

In contrast, an example where nominative fair use would not be granted is where two publishing companies create book titles with nearly the same title and use the same font to display it.[18]  The trademark-owning manufacturer created a book with the title “Oh, the Places You’ll Go!” and the junior using manufacturer published a book with the title “Oh, the Places You’ll Boldly Go!”[19]  In this case, it was deemed the second element of the nominative fair use test was not met because using the identical font, down to the shape and size of the exclamation point, is using more of the trademark than is reasonably necessary to identify the book.[20]  It does not matter that the first and third elements of the test were met, because all three need to be met for protection under the nominative fair use defense.

IV.  Classic and Nominative Fair Use

Classic and nominative fair use defenses are entirely separate and distinct defenses to accusations of infringement.

A likelihood of confusion is not a factor when evaluating classic fair use but is a factor for nominative fair use.[21]

Classic fair use is where the language of a trademark is not being used for the purposes of a trademark.  Instead, the mark is being used to describe the junior user’s product and the use is permissible despite any likelihood of confusion.

A nominative fair use defense is predicated on a junior user employing the mark because it is associated with the trademark owner’s goods.[22]  Therefore, the descriptive word is not being used for a descriptive purpose, but rather is used because of its secondary meaning.

CJ Rosenbaum and the team at Amazon Sellers Lawyer have written a total of 6 books:

For a FREE COPY, contact us today: 1-877-9-SELLER / CJ@AmazonSellersLawyer.com 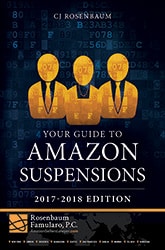 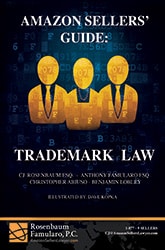 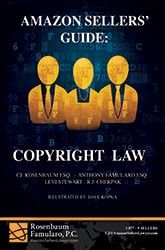 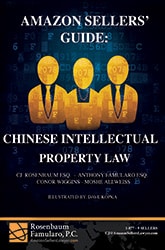 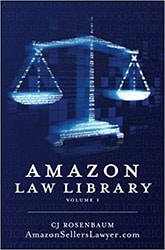 For additional information on trademark law, please contact us for a free consultation: 1-877-9-Seller.