First and foremost, every seller must know that China is a first-to-file country. This means that until you register your trademark, you have no rights in that trademark.

If a seller becomes aware that their trademarks are being infringed upon in China, the fight will center around who filed the trademark application first. The focus of protecting intellectual property rights in China must be correctly filing first. 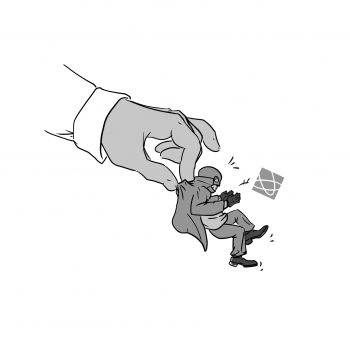 There are several means by which one may seek to stop infringers and recover damages from said infringement, and we will cover the three major ways in which this can be done.

The overall advantage to using an administrative agency, rather than the courts, to bring infringement claims is that it will likely act quicker less expensive.  All three agencies, however, have their drawbacks as well. We will examine all three and the different aspects of their work and methods.

The Chinese AIC is a state-run agency that operates within China’s provinces. It is similar in nature to the U.S. Department of Commerce. Since the AIC operates at the provincial level, it can act locally, quickly and inexpensively.[1] The AIC maintains the power to investigate trademark infringement claims and seize infringing goods.

The drawback of the AIC is, monetarily speaking, they may only award an “administrative fine” against the infringer.  Generally, the administrative fine does not exceed three-times the amount of the business.[2]

Second, the AQSIQ, like the AIC, can investigate, seize, and prevent the sale of infringing goods.[3] They are less-costly and work more quickly than the courts. Furthermore, because the agency is quality-focused, there is no requirement to prove trademark infringement before filing a complaint. However, and again like the AIC, they cannot issue the large damages payouts that many sellers seek when their business has been significantly harmed.

Lastly, the GAC is an administrative tool that is useful to have in any Chinese-seller’s arsenal to protect their trademarks.[4] The GAC controls the border customs in China.[5] This agency can seize suspicious goods coming in and out of China regardless of whether the trademark holder has filed a complaint for trademark infringement. In order to obtain this agency’s protection, a Seller need only register their trademark with Customs, and the GAC is then supposed to act on their behalf to try and protect the trademark from infringers.

Sellers seeking relief via the Chinese civil court system will issue their claim of trademark infringement to the Intellectual Property Rights Tribunal (IPR Tribunal). The IPR Tribunal will require a gathering and submission of facts from both sides and generally tries to encourage settlement. If no settlement is reached, then the issues proceed to a trial.

Criminal courts in China, like civil, have the benefits of being able to inspect, seize, and stop the sale of infringing goods, and issue large awards for damages. Additionally, however, the added power of a criminal case is that the infringer can be imprisoned for having infringed upon a Seller’s trademark. This is a significant deterrent and an effective means of stopping an infringer.

The downsides, in addition to the cost and time of a criminal trial, is the higher-bar that a Seller must meet when alleging their products have been infringed upon. Articles 213, 214, and 215 of Chinese Criminal law indicate the standards that a plaintiff must meet in order to bring an alleged-infringer to a criminal proceeding.[6]

●      Article 213: Pertains to the use of identical marks that requires the issue to be of a “serious nature” and if infringement is found, merits a punishment of “less than 3 years” plus fines with “less than seven years” for more serious crimes.[7]

●      Article 214: Pertains to the use of faked trademarks which requires a showing that the infringer was “knowingly selling” infringed-products in a “relatively large sales volume” which merits a punishment of “less than three years” plus fines with “less than seven years” for more serious crimes.[8]

●      Article 215: Pertains to the use of “[forging], selling or manufacturing” goods without the authority of the trademark holder and the crime is “of a serious nature” which merits a punishment of “less than 3 years” plus fines with “less than seven years” for more serious crimes.[9]

Having a trademark registration is the first step a Seller should take to protect her products in China. After this initial requirement, a Seller has many options to defend their marks. They may seek to protect their intellectual property rights through administrative agencies, civil proceedings or criminal proceedings.

If a party in China holds a registered trademark and makes a claim that a seller’s registered-trademark is infringing upon their mark, it is very likely that a long and arduous legal process lies ahead.

CJ’s Side Note: This section sets out a very basic guide and description of how a trademark attorney, before the courts in China, would argue that your trademark is not infringing on another’s mark. Please remember that, if you find yourself in this type of situation, to seek the help of experienced attorneys admitted to practice law in China.

In a trademark v. trademark battle in China where the Seller is on the defensive and being accused of infringing upon another’s mark, the Seller’s attorney will likely construct a multi-pronged defense. The Seller’s attorney must appear before the Trademark Review Adjudication Board (TRAB) and would likely plead the following: (1) that the plaintiff’s mark should not have been granted a trademark in the first place; and (2) that even if a valid trademark, the seller’s mark was filed first, is from the same class, and is identical/similar.

(A) Arguing That Plaintiff Should Not Have Been Granted Trademark Protections

The means of defending a seller’s trademark would be to attack the plaintiff’s mark as invalid, thereby eliminating their standing in bringing the suit. A seller’s attorney will likely allege that the plaintiff’s mark should be rejected on “absolute grounds” coming from Articles 10, 11, and 12 of the Trademark Law of the People’s Republic of China. [10]

“Absolute grounds” for a trademark rejection means that the plaintiff’s mark was inherently non-registerable due to a direct violation of one of the three articles stated above.

All of the following from Article 10 will make a mark non-registerable:

(1)  Those identical with or similar to the State name, national flag, and other entities of the state;

(2)  Those identical with or similar to the State name, national flag, national emblem or military flag etc., of a foreign country, except with the consent of the government of that country;

(3)  Those identical with or similar to the name, flag or emblem of an international intergovernmental organization, except with the consent of that organization or except where it is unlikely to mislead the public;

(4)  Those identical with or similar to an official mark or inspection stamp that indicates control and guarantee, except where authorized;

(5)  Those identical with or similar to the symbol or name of the Red Cross or the Red Crescent;

(6)  Those having the nature of discrimination against any nationality;

(7)  Those that are deceptive and likely to mislead the public in terms of the quality, place of production or other characteristics of the goods; and

(8)  Those detrimental to socialist ethics or customs or having other unwholesome influences. [11]

If the plaintiff’s mark can be revisited and rejected, then the plaintiff loses the ability to maintain her action.

The seller’s attorney may also defend the case by alleging that the plaintiff’s mark violates Articles 11 or 12.

Article 11 states that a mark may not be registered if the mark:

(1)  Bears only the generic name, design, or model number of the goods concerned;

(2)  Directly indicates the quality, principal raw materials, function, use, weight, quantity or other features of the goods; and

The plaintiff’s mark being “generic” is a term-of-art that is similar to the same requirement under U.S. trademark law. A term is “generic” when it describes or is the product that it is selling. For example, “Apple” as the name for a company that sells computers and laptops, is a permissible name because it does not describe the product. Whereas “Apple” as a company that sells apples, would be generic and not permitted under either Chinese or U.S. trademark law.

An Article 12 trademark rejection applies to trademarks for three-dimensional figures that merely indicate the shape of the good being sold.

(B) The Seller’s Mark was Filed First and is Similar 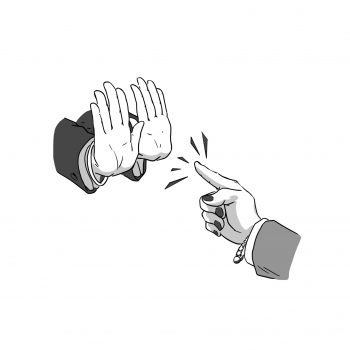 If the Seller’s argument to reject the plaintiff’s mark on “absolute grounds” is not upheld, then the second line of attack may include arguing for rejection on “relative grounds.”

Because China is a first-to-file country, it is imperative that the Seller be sure that they registered their mark before the plaintiff. As Article 31 states:

Where two or more applicants apply to register identical or similar trademarks for use on the same kind of goods or similar goods, the trademark office shall first conduct examination of, give approval to and announce the trademark whose registration is applied for earlier than the rest.[13]

The first hurdle in this argument is to show that the Seller filed for their mark before the plaintiff.

After pre-filing is established, the Seller then must argue the plaintiff’s mark is “identical with or similar to the trademark already registered by [the seller] or is given preliminary examination and approval for use on the same kind of goods or similar goods.”[14] Under the standards set by this article, the Seller’s attorney could then argue that these goods are registered for the same class of goods (which can be uncovered simply by looking at the trademark’s application on the CTMO) and that the overall look and feel of the marks are substantially similar/identical.

While this stage of the argument appears to be simple, the ruling is left largely to the discretion of the court. As an example, “Apple” recently lost a trademark dispute in Beijing where the company tried to stop a Chinese-based maker of leather bags, belts, purses, etc. from putting the term “Apple” on his products.[15] It was established that “Apple” (the American corporation) filed their trademark application several years before the alleged-infringer.[16] Despite having filed first, Apple lost the case.[17]

Anthony’s Breakdown: It is important for the Seller to keep two things in mind when dealing with trademarks in China: (1) to immediately file when interested in a mark and (2) to keep in mind that no legal dispute has a certain outcome. The rulings by different judges in China’s many different provinces may have a significant effect on arguments based upon whether two marks are truly “similar’ or not to a consumer.