What does Monopolization mean for Amazon sellers? 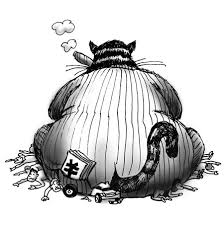 Monopolization results when a seller becomes the only available resource in the market, and is therefore able to drive prices up because of the market’s dependency on that seller.

Amazon is a very powerful buyer in multiple markets and exerts a countervailing power that strongly influences both supply and demand chains. Amazon is sometimes engaged in predatory pricing as evidence suggests that Amazon sells popular products below their cost in order to raise their sales. However, it is likely that Amazon is taking actual loss rather than engaging in predatory pricing, and loss is pro-competition.

In Bookhouse of Stuyvesant Plaza Inc. v. Amazon.com Inc., Bookhouse asserted claims against Amazon because e-books produced by certain publishers could not be read on the Kindle software if the e-books were not purchased from Amazon.

Amazon filed a motion to dismiss and it was granted as the plaintiff failed to state a plausible claim to relief and was unable to prove the alleged claims. Bookhouse did not succeed in their suit as they were not able to satisfy the elements of monopolization.

This case involved an anti-trust claim against Amazon. Book publishers have brought suit because per Amazon’s e-book platform, if a consumer owns a Kindle and wants to read an e-book on the Kindle that was published by any of the publishers in this action, they must buy the book from Amazon. The court granted the Defendants’ Motion to Dismiss, as they determined that the plaintiff’s complaint failed to state a plausible claim. 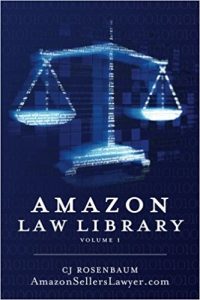 Amazon is known for its strict rules and regulations that all sellers must follow in order to keep their account in good standing. These policies were put into place with the intention of maintaining a safe atmosphere for customers to purchase items online.

However, there have been many situations where legal action was taken against Amazon for common law violations that caused damages to both sellers and buyers.

These include: copyright infringement, breach of agreements with vendors, deceptive advertising practices and more.

There are many recorded cases against Amazon, and regardless of the outcome of any particular case, these instances show that Amazon law is not above the law that we all must follow.

Our website provides legal documentation of these cases involving Amazon, along with the details of the case and whether Amazon won or lost.

If you find yourself in a similar situation, please contact us right away for a free consultation: 1-877-9-Seller.