CJ Rosenbaum talking about a rise in phone calls about Amazon sellers who’ve been sued.

Many calls have been coming in lately with Amazon sellers who’ve been sued in court.

I’ve personally spoken with two today. One case was with a very young, recently married couple with a two month old baby who are absolutely petrified because they are being sued for $100,000 and they don’t have it. They just purchased a home and they’re afraid of losing everything..

Just because you have been named in a lawsuit doesn’t mean you’re going to lose your home or have to pay a lot of money.

The other case came in through a chat. The seller purchases items and sells on eBay. He bought the items from Amazon and now his PayPal account has been frozen. He’s terrified that he’s not going to be able to continue selling because he’s not going to have the funds to reinvest for inventory..

Those temporary restraining orders will be issued to all the platforms to tell them just to freeze the account, freeze the inventory, freeze the money until the court has a chance to wait through it or the sellers who are being sued, who’s money and accounts are frozen, reach out to the lawyers that started the lawsuit and work out a resolution.

The plaintiff in all of these cases is General Tools & Instruments, LLC.

When there’s something that’s stressing out sellers, Jen lets us know so we can update sellers around the globe. We’re hopefully going to represent these sellers and we have had remarkable success in settling these cases against sellers, especially when they never sold the products or sold very, very limited supplies. We’ve also helped sellers who have been sued for selling counterfeit products when in reality, their products were 100% genuine.

Jen, thanks for doing this interview with me. You are a huge part of our team.

Sellers around the world, we are going to do our best to keep you updated with what’s going on with this particular litigation. 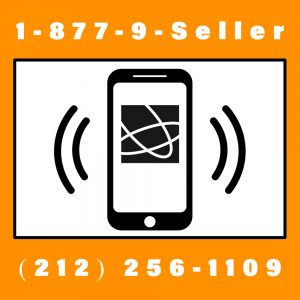 Jennifer MacDonald, a member of our Client Relations team, covers our phones and chat system on Saturdays. She has seen a recent rise in sellers who are being sued by General Tools Instruments, LLC.

Temporary restraining orders (TROs) will be issued to all platforms, notifying them to freeze the sellers accounts, inventory and money until the courts have a chance to wade through them or the sellers who are being sued, whose money and accounts are being frozen, reach out to the lawyers that started the lawsuit and work out a resolution.

Even on a Saturday, when there’s something that is stressing out our sellers, we get on the ball, investigate the situation and update sellers around the globe. We have had remarkable success in settling similar cases against sellers, especially when they never sold the products or sold very limited supplies. We have also helped sellers who have been sued for selling counterfeit products when in actuality their products were 100% genuine.