Once a Seller creates a registrable and protectible trademark, an issue that arises is maintaining the sole use of that mark. A trademark is a mark of assurance to the buyer of the product’s point of origin.

There are, unfortunately, a large number of people and businesses that try and hijack reputable Sellers’ products. One of the easiest ways for competitors to hijack Private Label Sellers’ products is to infringe on their trademark. 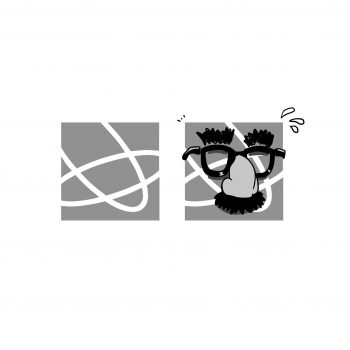 Through trademark infringement, hijackers fool buyers into believing that the goods they are purchasing are coming from the Private Label Seller or brand which provides better products and services to buyers.  In effect, hijackers steal business from Sellers. Infringers damage the reputation of the Seller’s brand by having consumers associate the Seller’s brand with sub-standard goods.

The Lanham Act allows for aggrieved Sellers who own marks to seek damages in civil lawsuits against infringers. Specifically, a hijacker who infringes on Private Label Sellers’ marks in commerce is liable if the infringement is: likely to cause confusion, or to cause mistake, or to deceive as the affiliation, connection, or association of such [seller] with another [seller], or as to the origin, sponsorship, or approval of his or her goods, services, or commercial activities by another [seller] . . . shall be liable in a civil action by any [seller] who believes that he or she is or is likely to be damaged by such act.[2]

In other words, if a Seller’s trademark is infringed upon, the Seller can sue the infringer.

CJ’s Side Note: This chapter is important not only to be aware of when you can bring a lawsuit for trademark infringement, but also to offer you a set of guidelines to evaluate whether someone is violating your rights and to help avoid infringing on another’s intellectual property rights.  The law, the Lanham Act, does not differentiate between those who intentionally or mistakenly infringe.

When the Court is determining whether a certain trademark infringes upon another, it must first determine whether there is a likelihood of confusion between the two marks.[3]  The focal point of confusion in trademark infringement cases is the consumer.  The consumer is the party which may be influenced by the trademark and the inherent assurances and guarantees of quality therein to ultimately make a purchase.[4]

The Federal Court uses what are called the du Pont factors to determine whether there is a likelihood of confusion between two competing marks.[5]

The list of factors, as described by the Court, are:

(1)    The similarity or dissimilarity of the marks in their entireties as to appearance, sound, connotation and commercial impression

(3)    The similarity or dissimilarity of established, likely-to-continue trade channels

(4)    The conditions under which and buyers to whom sales are made, i.e. “impulse” vs. careful, sophisticated purchasing

(7)    The nature and extent of any actual confusion

(10)  The market interface between applicant and the owner of a prior mark:

b.     agreement provisions designed to preclude confusion, i.e. limitations on continued use of the marks by each party

c.      assignment of mark, application, registration and good will of the related business

d.     laches and estoppel attributable to owner of prior mark and indicative of lack of confusion

e.      The extent to which applicant has a right to exclude others from use of its mark on its goods

(11)  The extent of potential confusion, i.e., whether de minimis or substantial

(12)  Any other established fact probative of the effect of use.[6]

All of the factors do not need to be met.  They are factors for consideration, not a checklist.  Not all factors will be relevant in all cases.  In an evaluation, only the factors at issue will be considered in reaching the ultimate determination of infringement.[7]  As a fact-specific set of factors, du Pont requires every case to follow a new and distinct weighting for each factor in light of the case’s circumstances.[8]  Even a minority of factors, regardless of the magnitude, may be the sole focus of discussion if these specific factors could on their own decide or control the case.[9]  However, of particular importance is the similarity or dissimilarity of both the trademarks and the goods in question.[10] 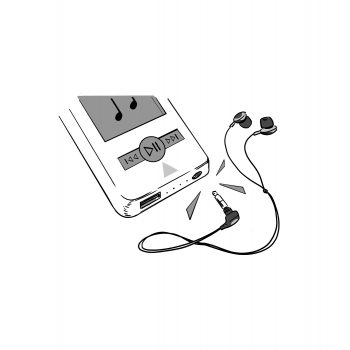 Anthony’s Breakdown: Summary judgment is a fancy legal term for when one side is given an automatic victory over the other side in a legal proceeding.  It is a fast track to skip the trouble and cost of a trial and reach a definite decision early in the case.  Whether you are a Seller who has brought a lawsuit against someone who has infringed on your trademark or one who is accused of violating someone’s trademark, you want to obtain summary judgment in your favor.

The question of whether the two marks in question seem similar or dissimilar is predicated upon the “recollection of the average purchaser, who normally retains a general rather than a specific impression of trademarks,” not a “side-by-side comparison.”[14]  In addition, the examining judge has full authority to give greater credence to one feature of a trademark if it has a substantial amount of significance as compared to the trademark as a whole.[15]  Further, the second du Pont factor, the similarity or dissimilarity of the goods sold under the trademarks in question, have great influence over the likelihood of confusion between the trademarks themselves.  If the goods sold under both trademarks are completely or nearly identical, the extent of similarity between the two trademarks which must exist before the court finds of a likelihood of confusion is substantially lessened.[16]

The similarity or dissimilarity of the subject goods are just as important as the similarity or dissimilarity of the trademarks in determining the presence of a likelihood of confusion.  Of the degree of similarity between the goods sold under the contending marks: the authority is legion that the question of registrability of an applicant’s mark must be decided on the basis of the identification of goods set forth in the application regardless of what the record may reveal as to the particular nature of an applicant’s goods, the particular channels of trade or the class of purchasers to which sales of the goods are directed.[17]

For example, in a case regarding the likelihood of confusion between two marks, the fact that both parties were involved in the sale of bags, especially luggage, wallets, and handbags, was one of the deciding factors in finding a likelihood of confusion, even though one party’s product offerings went beyond bags and included tanned leather for upholstery, umbrellas, and harnesses.[18]  The Court reasoned that there was no restriction for the scope of the applicant’s goods, and so they encompassed the registrant’s goods.[19]

Courts may also examine the similarity or dissimilarity of the trade channels of the two competing marks.

“Trade channels” refer to the environment or locale in which the products bearing the competing trademarks will be sold.[20]  When competing trademarks share a trade channel overlap, there exists a higher likelihood that a consumer will confuse the two marks, an effect compounded by any existing similarity between the marks and the labeled products.[21]  For example, the court may find that two pharmaceutical products which will both be sold in drug stores or supermarkets with a pharmacy department may lead to a greater likelihood of confusion between consumers.[22]

For the Seller, the question will generally be whether a consumer may be able to encounter both parties’ goods online, especially if the goods can both be found on the same webpage or website.[23]  Some judicial decisions, however, have ruled that products being sold on the internet on separate retail platforms would be considered as occupying the same trade channel (e.g. the internet), regardless of their platform of origin.[24] These decisions are rare, however, and in most cases the items sold on large online retailers, such as Amazon, will not be found to inhabit the same trade channel.  After all, most, if not all, goods may be bought on Amazon by virtue of the retailer monolith’s size alone.[25]  The similarity of goods, therefore, as well as their location within the website, have great influence over whether goods being sold online can be found within the same trade channel.[26]

A Federal Court has held that the mark’s fame, the fifth du Pont factor, will control when the matter involves an exceptionally famous trademark.[27]  Such famous trademarks are made famous through the use of distinctive design, a great amount of advertising and promotion, and noteworthy products.[28]  The incentives created by emulating famous trademarks, as well as the amount of consumers who may be defrauded by the emulation of such marks, affords them an enhanced amount of legal protection when compared to lesser-known marks.[29]  In general, Courts find that well-known marks’ fame must always be considered as being more likely to persuade a purchaser to buy the product rather than a relatively unknown mark. The trademark which looks like a famous mark will more easily confuse the purchaser than one which looks like an unknown mark.[30]  A seller who is creating or drafting a trademark should, therefore, be cautious to ensure that his or her mark does not approach the line of seeming similar to a particularly famous trademark.