II. What the Seller Should Do if They Receive an Intellectual Property Rights Complaint ……….. 77

I. Operating on Amazon 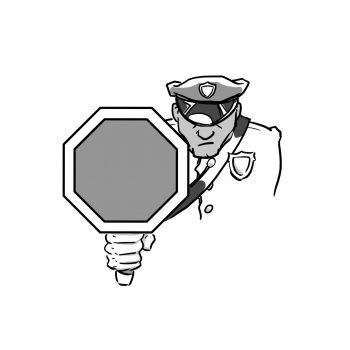 Sellers operating on Amazon should try to avoid infringing on others’ copyright. An Amazon seller that receives a complaint from a rights owner will likely lose the ability to sell the product or their entire seller account may be suspended.

The suspension of the Amazon Seller’s account is “Amazon’s way of avoiding liability for the infringement.” [1] This policy places the burden on the Sellers to first seek to have the complaint asserted by the complainant and, if unable to do so, to persuade Amazon’s MPA team that the complaint was baseless.  This can be frustrating for Amazon Sellers who are often the subject of baseless complaints.

II. What the Seller Should Do if They Receive an Intellectual Property Rights Complaint

Seeking a Retraction from Position of Strength: No Violation

Most complaints asserted on Amazon for US Sellers are baseless because the First Sale Doctrine permits people to buy and sell just about anything they want. This is limited, of course, to genuine products.  However, if the consumer is receiving a product that is not “materially different” than what the brand delivers, there is likely no violation of anyone’s intellectual property rights.

Countless brands file baseless complaints to remove competition and to raise prices. Brands are aware that Amazon Sellers are risk of losing their entire businesses when they receive complaints.  Brands rely on this fear to obtain agreements from Amazon Sellers to refrain from selling their brands and competing with the brands.

If a brand agrees to withdraw a baseless complaint, then reinstatement of the listing or the account is easy. Often the Amazon Seller’s account will be reinstated without sending in a formal Plan of Action to Amazon. If a brand refuses to withdraw its complaint, then the Amazon Seller’s next step is to try and persuade Amazon’s team to reinstate without the retraction. This is often accomplished by the Seller drafting a persuasive Plan of Action that refers to the lawyer’s legal opinion that there was never any infringement. 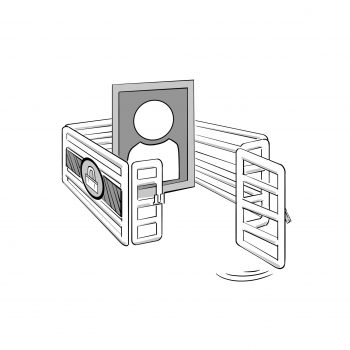 Another way that Amazon Sellers can recoup their ability to sell genuine products and their entire account without the brand’s cooperation, is to file a DMCA Counter Notice.

A Counter Notice is, basically, a “put up or shut up” mechanism that protects Sellers from baseless complaints on all platforms operating in the US.  The way a Counter Notice works is that the recipient of a complaint that has not been withdrawn challenges the complaint in writing and agrees to be subjected to a federal court’s jurisdiction for the dispute.  Once a Counter Notice is properly drafted and served, the complainant has ten (10) business days to file an actual lawsuit.  If no lawsuit if filed, the platform, i.e. Amazon, puts the product or account back online.  If the brand doesn’t put its money where its mouth is and file a lawsuit in a federal court, their complaint is dismissed.  This route is effective against baseless complaints and against complainants located far offshore who lack the ability or gumption to actually file a lawsuit.

There are some oddities on Amazon:

1.     In order to link the withdrawal with the suspended account, the Seller must ensure that the withdrawal comes from the same email from which the complaint was asserted;

2.     Since Amazon seems to “lose” withdrawals, the Seller should be cc’d on the email withdrawing the complaint;

3.     Even though there was never a violation of anyone’s intellectual property rights, the Amazon Seller should draft a concise POA explaining the issues in a positive manner;

4.     If the account is not reinstated quickly, the Amazon Seller should contact Amazon’s notice-dispute team to assert that the complaint has been withdrawn and the Seller’s account should be reinstated.

The format of a proper POA is follows:

First, the Seller should explain the root cause of the issue. There are three primary types of intellectual property complaints: the complainant either mistakenly or purposely filed a baseless complaint, or the complaint can be disproven, or there is a legitimate infringement allegation that can be amicably resolved.

First, in many cases, the complainant files the allegations. These complaints are made due to a rights owner’s belief that the Seller’s products sold on Amazon are not authentic. However, once on notice, the accused party may be able to have the complaint retracted by contacting the complainant and providing accurate invoices from his or her supplier proving the legitimacy of the goods. While these complaints are baseless, however, Amazon will require the Seller to persuade Amazon’s staff that there was no intellectual property infringement and that his or her account should be reinstated or that similar issues will be avoided in the future.

If a false complaint is made, the Seller should state that the items he or she sells through his or her Amazon account are completely authentic, and that a rights owner mistakenly filed a complaint alleging the products are counterfeit. The Seller should also state that he or she has contacted the seller and they have acknowledged their mistake and removed the complaint, as well as provide documented proof that his or her products are authentic. These complaints are generally easy to resolve, and the rights owner will usually remove its complaint and Amazon will reinstate the account upon request from the Seller.

A second type of complaint is that which alleges infringement and can be disproven by demonstrating there was no actual infringement. If this type of complaint is made, the Seller should contact the complaining party and demonstrate that the product in question is completely authentic and is not violative of anybody’s rights. If the rights owner willingly retracts his or her complaint, then the Seller will likely be able to continue selling products on Amazon. However, if the rights owner is unwilling to retract his or her complaint, it is unlikely that Amazon will reinstate selling privileges for that item.

There are many times when a complaint can be disproven. For example, as discussed in the previous chapter, the First Sale Doctrine generally permits the resale of genuine, lawfully purchased physical items, such as a book or CD, without permission from the owner. The Seller should be allowed to sell an item he or she bought from a third party because the First Sale Doctrine permits the resale of genuine, lawfully purchased items.

If the company alleging infringement has a legitimate claim, the seller should seek to negotiate a resolution that includes a retraction of the complaint.

What actions have you taken to correct the problem?

Once the seller explains what they can do better to avoid the problem in the future, they should then detail all the steps taken to resolve the infringement allegations. This may include a letter or email correspondence from the seller acknowledging the error or that the dispute has been resolved, proof that the complaint has been removed, or, most importantly, proof that the products are being purchased or manufactured legally. [2]

By showing Amazon the actions taken to correct the problem, sellers demonstrate that he or she is taking responsibility for the compliance of his or her account and making sure the dispute is resolved and that it will never occur again. Besides helping to organize the dispute’s resolution, this will help demonstrate to Amazon how seriously the Seller is taking the matter.

What have we done to make sure the problem won’t occur again in the future?

After the Seller explains what has been done to correct the problem, he or she should then explain how the actions which have been taken will prevent the problem from recurring. This can be accomplished by describing the Seller’s business practices and showing Amazon that he or she has followed their rules and will continue to follow their rules. Sellers must demonstrate that they have someone reviewing their inventory to show that all items being sold are legitimate and not violating another individual or business’ intellectual property rights.[3]

1)     Draft a POA for the Seller to submit to Amazon’s Dispute Resolutions Team stating that the complaint is baseless and should be removed by disproving the infringement allegation.

2)     Draft a Legal Opinion letter in support of the POA stating that the products are authentic and demonstrating that the complaint is baseless by again disproving the intellectual property allegation.