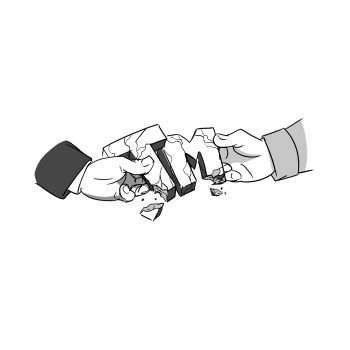 It is important to protect a trademark from various negative associations with junior users of the mark.

The two primary negative associations that this chapter will discuss are:

An assignment in gross is where a non-owner uses the rights’ owner’s trademark without a transfer of goodwill.  Assignments in gross are not valid and Sellers who own the marks can seek orders from a court directing the non-owner to stop using the mark.

CJ’s Tip: When a Court orders someone to do something or to refrain from doing something, it is called “injunctive relief.”

Dilution is where a famous trademark has lost its distinctiveness. There are two forms of dilution: (1) tarnishment and (2) blurring.

An assignment of a trademark is when a business or party transfers all of their rights to a trademark they own to another party.  A trademark is “assignable with the good will of the business in which the mark is used, or with that part of the good will of the business connected with the use of and symbolized by the mark.”[1]  “Goodwill” is defined as the benefit received from the assignor beyond the value of the capital, stock, funds, or property, but rather the public perception and loyal customers gained from use of the mark.[2]  Courts look at whether any physical or tangible assets have been transferred to the assignee when determining if goodwill has been transferred.[3]  Therefore, evidence that should be used to demonstrate a transfer of goodwill include: (1) customer lists; (2) production plans showing that your client will produce the product that originally carried the mark; and (3) any secret formula or other necessary documents the product needs to be manufactured.[4]

CJ’s Side Note: This means that as the assignee, you must sell the same exact product to your customers that the original owner of the trademark produced; otherwise, there would be confusion.  For example, if “Apple” agreed to sell you their trademark, you cannot use it to create a business that sells granny smith apples.  You would need to continue to sell computers, tablets or other products currently sold by Apple.

However, not all assignments are valid.  A “naked” or “in gross” transfer of a mark, which is not transferred with the associated goodwill, is invalid.[5]  The purpose of prohibiting the assignment of a trademark in gross is to prevent consumers from being misled or confused about where the source and quality of the goods or services they are buying.[6]

In the words of a Federal Court, “use of the mark by the assignee in connection with a different goodwill and different product would result in a fraud on the purchasing public who reasonably assume that the mark signifies the same thing, whether used by one person or another.”[7]  Goodwill is a requirement when assigning a trademark “to maintain the continuity of the product or service symbolized by the mark and thereby avoid deceiving or confusing customers.”[8]

An important aspect of trademark assignments is that courts have upheld assignments where the assignee’s product or service is “substantially similar” to that of the assignor and would not confuse customers.[9]  For example, a mark that represents a promise to pay a check can be assigned from a supermarket chain to a credit card company.[10]  This allows a trademark to be transferred without actually transferring any tangible assets. The assignee only needs to produce a product that is of the same quality and nature of the product previously produced under the trademark.[11]

One Court held there to be substantial similarity between an assignor who sold “all-weather coats and women’s coats” and an assignee who sells “various items of clothing including jackets, rain wear and various items of apparel” under the same trademark.[12]  The Court reasoned that the two companies had substantially similar characteristics by both selling apparel primarily to women.  However, not all cases with small differences are covered under the umbrella of substantial similarity.  Another Court determined a case where the assignor’s cola-flavored syrup and an assignee’s pepper-flavored syrup were different enough and, therefore did not cause confusion amongst consumers.[13]

Dilution is the diminishment of a distinctive trademark’s ability to identify the goods and services associated with it, even where the average consumer would not think the junior and senior users were related or connected.[14]  Dilution focuses on the protection of the trademark asset to the trademark owner, rather than the confusion caused for the consumer.  “The goal of dilution theory is to eliminate any ‘risk of an erosion of the public’s identification of [a] very strong mark with the plaintiff alone’ and to prevent another user from ‘diminishing [a mark’s] distinctiveness, uniqueness, effectiveness, and prestigious connotations.’”[15]

An example of an analysis of dilution occurred where a determination of whether a company known as “Kodak Piano” would dilute the Kodak mark owned by the photography company, Eastman Kodak Company.[16]

The Dilution Act of 1995 changed several key concepts associated with trademark law.  Before the Act, the Lanham Act only protected marks where there was a likelihood of confusion.  The goal of the Dilution Act was to broaden the federal protection of trademarks, particularly because many marks are used nationally and internationally.  Most importantly, the Act creates a property-like right on the trademark to protect against any diminishing use of the mark in the marketplace.[17]

CJ’s Tip: You cannot use another’s trademark just because you sell a completely different product or service. Just because there is no likelihood of confusion does not mean the trademark owner has other rights to protect their mark. 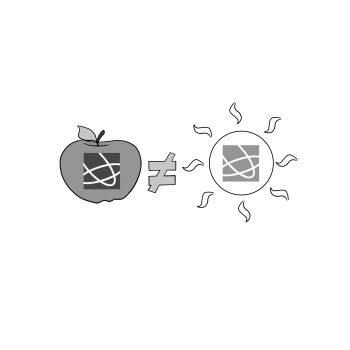 The best way to determine whether a mark has “selling power” is by evaluating whether the mark has acquired “secondary meaning.”

A leading legal treatise, The Restatement (Third) of Unfair Competition, states “a trademark is sufficiently distinctive to be diluted by a non-confusing use if the mark retains its source significance when encountered outside the context of the goods or services with which the mark is used by the trademark owner.”[19]

The Dilution Act lists eight non-exclusive factors for a court to consider when determining whether a mark is distinctive or famous:

While these factors give courts guidance, determining whether a trademark is “famous” is always specific to the facts of a particular case.

Tarnishment is a form of dilution where a junior user’s use of a mark or similar mark hurts the reputation of the mark.

The Trademark Dilution Revision Act (“TDRA”) of 2006 defines tarnishment as an “association arising from the similarity between a mark or trade name and a famous mark that harms the reputation of the famous mark.”[21]

(1)   at least one of their asserted trademarks was valid and distinctive prior to the junior user’s use of the mark;

(2)   there is similarity between the junior user’s mark and the trademark owner’s mark; and

(3)   the accused use will likely cause negative associations that damage the reputation of the famous mark.[22]

The trademark dilution by tarnishment test was applied where a toy company produced a line of dog toys that were based off famous alcoholic beverage companies.[23]  One of the toys developed was the “Bad Spaniel,” a play on the famous Jack Daniels whiskey bottle.  The Court determined that Jack Daniel’s trademark was famous at the time of the junior user’s use where the general consuming public would widely recognize it.  In this instance, it was found that the Jack Daniels trademark was famous because it had been used consistently for over a century, it is prominently featured on their website that is visited over 4 million times a year, and it is prominently featured on the social media pages. [24]  The marks were similar because the toy company designed the “Bad Spaniels” toy to be identical to a Jack Daniels whiskey bottle; the toy had the same square shape bottle, ribbed neck, arched letter, filigreed border, black and white color scheme, fonts, shapes, styles, and the products were identical size.[25]  Finally, the toy company’s use of the trademark created a bad reputation for the Jack Daniels brand because Jack Daniels whiskey is sold for human consumption, which does not mix with the references to canine excrement made on the “Bad Spaniel” toy. [26]

The harder form of dilution for sellers to prove is “blurring.” Blurring exists where a famous mark or similar mark is used in connection with the goods or services of a junior user. [27]  When this occurs, the trademark owner fears that consumers will no longer associate the mark exclusively with their goods or services. Courts established six factors to evaluate accusations of blurring:

(2)     similarity of the products covered by the marks;

Anthony’s Breakdown: The Dilution Act, along with the component of similarity of products, make dilution cases no longer exclusive to noncompeting companies.  This means, even if you are in the same market and the consumers would not be confused as to the difference between you and the junior user, you could still preclude junior user’s use of your mark through a blurring action.

The fifth factor is the renown, or fame, of the senior mark.  The more famous the trademark, the more likely a court will protect it from blurring.  A senior mark that is not famous can still be diluted through blurring, but a nationally recognized mark will not need to focus as much on the other factors in this test.[33]  If the senior mark is not nationally famous, the court will force them to prove substantial similarity, product similarity, or sophistication of customers to a greater extent.

The following identifies potential remedies and defenses to dilution: