A patent protects novel and non-obvious innovations and inventions. In order to have protection in China, patents must be registered through SIPO. SIPO governs all patentable material in China. 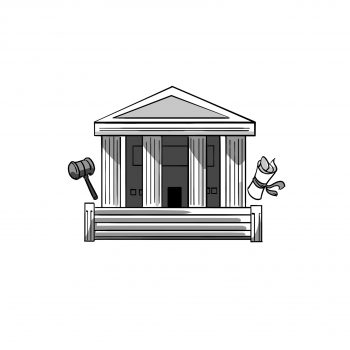 Not only does China receive the most applications for patents, they also resolve patent issues in court faster than other countries. On average, the “time from suit filing to verdict at Beijing’s IP court was 125 days. By comparison European suits take an average of 18 months. In the United States, the median time to trial in patent litigation cases is 2.4 years.”[2]

China employs what is essentially a first-come first-serve process when it comes to filing a patent. If there are two applications filed for the same invention or innovation, or if they are strikingly similar where only one of them should be approved, then the first application filed will have the rights to the invention.

There are three types of patents one can file in China: invention patents, utility model patents, and design patents.

Second, an infringer can also be someone who knows that they are infringing. These types of infringers are either trying to outright steal the Seller’s product, exploit money from the Seller, or are trying to get the Seller to give up their right of selling somewhere else since lawsuits to prove they are the true owner can be costly.

The most common way to stop potential infringers is to follow Article 66 of the Patent Law of the People’s Republic of China, which states: “before taking legal action, file an application to request that the people’s court order to have such act ceased.”[9] A court order is a far cheaper and potentially less time-consuming option for any Seller looking for a quick-fix to stop an infringer. The expenses and tedium of bringing a full-blown lawsuit straight to the People’s Court will save the Seller neither time nor money. The People’s Court will rule within 48 hours of when it accepts the application. If they rule for the act to be ceased it will be enforced right away.[10] If the dissatisfied party files for review, the act is still the ruling of the court and will still be enforced. The applicant only has 15 days after the ruling to file a lawsuit otherwise the People’s Court will withdraw their prior ruling.[11] If the applicant is mistaken, however, the applicant must compensate the other party for all losses incurred while sales were ceased during the course of the court-enforced stoppage.[12]

Another way for Sellers with patents to make sure their rights aren’t infringed upon is to follow Article 67, which outlines how to go about evidence preservation. It states that if a patent-holder is worried that “evidence might be lost or hard to acquire thereafter,” then they should “file an application with the People’s Court for evidence preservation.”[13] By filing an application for evidence preservation, it ensures that if this case continues to trial or discovery that this information will be able to be used. The applicant does, however, need to make a guarantee, otherwise the application will be rejected. The court will rule on this within 48 hours.[14] Just as article 66, if the applicant doesn’t file a lawsuit within 15 days then the People’s Court will withdraw their ruling.

An important caveat for Sellers is contained in Article 68. Article 68 states that the limitation for bringing an action for infringement is two years from when the patentee should have been aware or was aware of the infringement.[15] This means that the patent owner needs to keep their eyes out for anything that might be possibly infringing on their rights so that the time to bring an action, the “statute of limitations,” does not expire.

There was a case in 2015 between Panasonic and two defendants who were selling products that imitated Panasonic’s facial vaporizers. The patent had been issued to Panasonic in 2012.  The alleged infringers started selling their products in 2013.

The defendants, Kingdom and Li Kang, were warned by Panasonic when they lodged a complaint against them to cease production and sale of said products, well within the two-year time period, as required in article 68.[16] When the defendants ignored the complaint, Panasonic brought a design patent infringement suit in the Beijing Intellectual Property Court.

Panasonic requested compensation of 3 million renminbi (also known as yuan or “RMB”) from Kingdom, the producer of the products, and 200,000 RMB from both Kingdom and Li Kang in joint compensation.[17]

In February 2015, the Beijing court accepted the case and issued a judgement in favor of Panasonic in the amount they requested. The court also ordered the defendants to cease their actions, which violated Panasonic’s patent.[18]  Kingdom and Li Kang’s appeal failed.  The compensatory award was upheld.[19]

This monetary ruling was extremely unprecedented. Article 65 of the Patent Law of the People’s Republic of China states the range of compensation should fall from 10,000 renminbi to 1,000,000 renminbi.[20] The damages achieved in this case fall far outside the usual six-figure norm. This case indicates a significant shift in the patent laws in China and a sign to Sellers seeking to protect their patents in China will be treated more fairly than ever before.

If someone is suing a patent-holding Seller under a false claim that the Seller is infringing on his or her patents, there are many defenses a Seller can assert. Below are several of the most common allegations asserted and common defenses Sellers may raise.

Article 25 of the Patent Law of the People’s Republic of China, prohibits patents being granted for:

(2)   Rules and methods for intellectual activities;

(3)   Methods for the diagnosis or treatment of diseases;

(5)   Substances obtained by means of nuclear transformation; and

(6)   Designs that are mainly used for marking the pattern, color or the combination of the two of prints.[21]

Patent holders are subject to losing their patent if it was improperly granted. A patent that was granted in violation of any of the six categories may be lost if challenged.

B) Harmful to the Public Interest

There are guidelines as to what is not patentable under Article 5:

These restrictions are vague when compared to the provisions in Article 25. This gives the SIPO discretion granting patents or refusing them. If the Court, for example, decides that the patent “harms public interest,” SIPO can refuse the patent or vacate it.

A Seller can defend herself in a patent claim via arguing “prior use.” “Prior Use” is when someone was using the invention or innovation before the patent application was filed. The Seller would argue that she has been using this patented invention before it was even filed for protection This issue is discussed in the Patent Laws at Article 69 (2).

A seller can respond to an infringement claim via arguing “prior art” defense. Prior Art means that the product has been published somewhere in the world before the Chinese patent filing date. [22]

Because of the first-to-file system, a foreign applicant needs to keep their future invention a secret, otherwise their patent might not be approved. If the future patented product is well-known art or technology, and is identifiable, then future opposition can bring that argument to invalidate the seller’s patent.

Those alleging infringement against a seller will likely seek to invalidate the seller’s patent. If that goal is achieved, then there is essentially nothing to infringe upon, and the individual would be free to create/use the once patented material as they wish. This is a strategy that sellers can also use against their accusers. 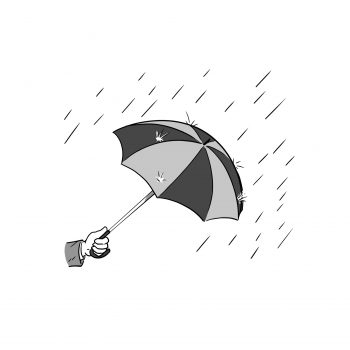 When seeking to invalidate a patent, a claim must be brought before the Patent Re-examination Board (“PRB”).[23] The PRB takes about 6 months to rule if the patent is either validated wholly, invalidated, or partially invalidated. Each party then has three months to appeal the decision. If the parties patent is ruled invalid and is upheld as such in the Beijing Intermediate People’s Court, on appeal, then the claim for infringement will be dismissed.

In 2012 Xima Co., a Chinese company, attempted to invalidate Kohler’s design patents for the NUMI toilet, which had won numerous awards. [24] Kohler filed an infringement lawsuit against Xima after repeated warnings.  In response, Xima filed requests for invalidation against Kohler’s design patents. Xima tried three times to invalidate Kohler’s patent and was successful.  Kohler then filed an administrative lawsuit seeking a reversal of Xima’s successful claim.[25] The Beijing IP Court upheld Kohler’s patent and revoked the decision by the PRB.[26] As of the date of the publication of this book, Xima is appealing the decision.

Pfizer was compelled to appeal a lower court’s decision to invalidate their patent in 2004. Pfizer filed for a Chinese patent for Viagra in May of 1994. The SIPO granted the patent in 2001.[27] Twelve domestic Chinese drug companies challenged the patent since they claimed they had already invested upwards of $12 million into producing similar generic versions of the drug. SIPO’s Patent Re-examination Board invalidated Pfizer’s patent in July of 2004, based on a claimed lack of data in the application filed by Pfizer to support Viagra’s therapeutic effects.[28]  Pfizer appealed the decision to invalidate its patent and brought the issue to the Beijing Intermediate People’s Court.

In June 2006, the Beijing court agreed with Pfizer. This decision was appealed again by the Chinese manufacturers to the Beijing Higher People’s Court. The High Court rejected the appeal and reaffirmed that Pfizer owned the Viagra Patent.

CJ’s Tip: Viagra is important to all sellers for two reasons… that do not relate to consuming Viagra. First, businesses in China attack patents that clearly belong to others. Second, U.S. companies can protect themselves and their intellectual property rights in China.