Trademarks Functionality and the Lanham Act for Amazon Sellers

Trademark Law, Functionality and the Lanham Act for Amazon Sellers

The expansion of trademark law to govern new areas of could be important to Amazon Sellers. The expansion includes the protection of product design and trade dress. This may ultimately lead to the concern that trademark law will be improperly used similarly to improper use of patent law. 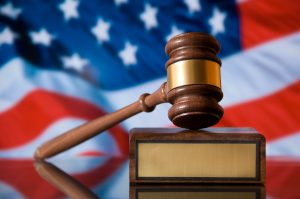 However, the terminology and the relationship between the different tests articulated in TrafFix has continued to be interpreted differently among the federal circuits to this day, and only some courts follow the TrafFix application of the Inwood and Qualitex tests as defined by the court. Adding to the confusion, the relationship between the two tests is unclear as to whether the tests should be viewed as joint requirements or if each test is only applicable to certain product features. These facts only provide stronger evidence of the need for Congress to add language to the Lanham Act regarding the issue of functionality.

The first part of the test for functionality articulated in TrafFix points to the Qualitex decision, in which Justice Breyer cites to Inwood Laboratories and defines the rule of functionality as, “[in] general terms, a product feature is functional, and cannot serve as a trademark if it is essential to the use or purpose of the article or if it affects the cost or quality of the article, that is, if exclusive use of the feature would put competitors at a significant non-reputation-related disadvantage.”[3] The Qualitex decision goes on to state, “the functionality doctrine, as we have said, forbids the use of a product’s feature as a trademark where doing so will put a competitor at a significant disadvantage because the feature is “essential to the use or purpose of the article” or “affects its cost or quality.”[4] This is similar to the analysis in Wallace International, where the Second Circuit held that “according trademark protection to [baroque design] elements would significantly hinder competitors by limiting the range of adequate alternative designs” available to competitors in the marketplace.[5]

Finally, the Qualitex decision goes on to cite numerous other examples of the successful application of the rule while simultaneously addressing the concern of competitive disadvantage,[6] as well as The Restatement (Third) of Unfair Competition’s (hereinafter “Restatement”) definition of functionality.[7] According to the Restatement, “if a design’s aesthetic value lies in its ability to confer significant benefit that cannot practically be duplicated by the use of alternative designs, then the design is functional.”[8] While these cases pertain to the protection of color as trade dress, the court makes sure to point out that the test for functionality ultimately depends upon whether granting trademark protection of a particular design would significantly hinder competition and thus can apply to other non-functional elements of design as well.

While the application of the Inwood / Qualitex test may seem clearly articulated, as stated above, there is no guidance provided as to the weight given to each part of test. On one hand, the opinion leaves the possible interpretation to be regarded as two separate tests, both of which must be passed for any feature claimed to be nonfunctional to be protected. On the other hand, the opinion can be interpreted to apply each test dependent upon the type of feature claimed. For example, Court’s may analyze functionality based upon mechanical utility under Inwood, while only claims of aesthetic functionality under the Qualitex test of competitive necessity.

The second part of the TrafFix test provides guidance for considering the effects of an expired patent on a claim of trade dress infringement. The court reasonably concluded that existence of a previous patent has “vital significance in resolving the trade dress claim” (emphasis added). Functionality / utility is the core of patent law. Clearly, if certain features claimed in a previous patent are subsequently claimed for trade dress protection, there is (in my opinion) blatant evidence of functionality.

Further, allowing the courts to maintain discretion regarding how to apply the law in these scenarios may ultimately undermine the essence of the patent law system should trade dress protection be improperly granted. As evidenced by the decisions in this chapter, there is signification debate amongst scholars, trademark examiners, judges and Supreme Court justices in regards to the definition of / test for functionality. Without a bright line rule, could the decision of a court ultimately be decided in the same “blind willed” fashion as the trademark examiner in Morton-Norwich case?[9]

Under the TrafFix decision, much is to be desired in regards to a “bright line rule” for functionality, and ultimately, Congress should add a test for determining whether functionality exists for the courts to apply. TrafFix first defines a feature as functional when “it is essential to the use or purpose of the device or when it affects the cost or quality of the device.”[10] However, the court then makes it unclear whether both tests need to be applied in certain contexts. The court states that when a design is functional “under the Inwood formulation,” that only competitive necessity be considered.[11] However, the court stated that the Qualitex analysis applied to aesthetic functionality, and that there was no indication that the color of the laundry pad press had an effect on the use or purpose of the product or its cost or quality. The court did not specifically indicate whether the rules should apply jointly, or dependent on the facts of each case in relation to Inwood and Qualitex.

The court stressed that this expansion of the Inwood test articulated in Qualitex was not a comprehensive definition of functionality.[12] When a design feature is essential to the use or purpose of the of the article in question or affect is the cost or quality (the Inwood test), the design is functional and no analysis of competitive necessity is needed. Thus, the Supreme Court regarded the dual spring design of the road sign stands as functional.[13] However, with no guidance as to how to test should be applied going forward, many courts simply apply their own interpretation of the analysis.

If Congress were to add language to the Lanham Act outlining a rule for assessing functionality, I believe that the prior patent consideration should certainly remain a factor and be codified. As noted adamantly in TrafFix a prior patent is blatant evidence of claimed functionality, and as such any request for trademark rights to be applied to those claimed designs should be immediately denied as an improper attempt at monopolization. Courts should be instructed to conduct their analysis of patents similarly to how the court specifically separated elements of design and function in In Re Morton, and be sure to consider exactly what is claimed in the patent versus the actual appearance of the item at issue.

Finally, Congress should address the issue of the analysis of aesthetic functionality versus the analysis of whether the design is essential to competitive necessity and which test to apply. I feel that both tests should be codified to apply as dual requirements, such that any element of design claimed to be nonfunctional must meet both requirements in order to be protected by trademark law. If the U.S. Supreme Court articulated both rules throughout the case, both analyses should be required to be applied by the Federal District courts.

Related articles regarding Trademark Law, Functionality and the Lanham Act for Amazon Sellers:

What Is Trademark Protection And How Do I Stop Hijacked Listings?

How and Why Amazon Sellers Can Protect their Trademark Rights Overseas

What Exactly is Trademark Infringement?

[9] See In Re Morton-Norwich Product, Inc., 671 F.2d 1332 (C.C.P.A 1982) (“[T]he PTO Trademark examiner, through a series of four office actions, maintained an unshakable position that the design sought to be registered as a trademark is not distinctive, that there is no evidence that it has become distinctive or has acquired secondary meaning, that it is merely functional, essentially utilitarian, and non-arbitrary, wherefore it cannot function as a trademark.” Significant evidence existed to the contrary and the decision was overruled).

[12] See Graeme B. Dinwoodie, Report of the United States, in Adjuncts and Alternatives to Copyright (2002).

[13] See Id. at 6 (“Thus, for example, the Supreme Court in TrafFix Devices regarded the dual-spring design of a road stand as functional because that design provides a unique and useful mechanism to resist the force of wind and noting that the design for which trade dress protection was sought serves the important purpose of keeping the sign upright even in heavy wind conditions in a ‘unique and useful manner’ and ‘achieves important operational advantages’ by preventing twisting of the sign, and ‘affects the cost or quality’ of the sign because use of an additional spring in the design would increase the cost.”). 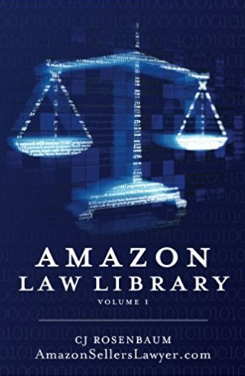