Trade Dress refers to non-functional (non-essential for the item’s use or quality), distinctive (either inherently or through acquired secondary meaning); and the overall shape, color, texture and design of a product and its packaging. 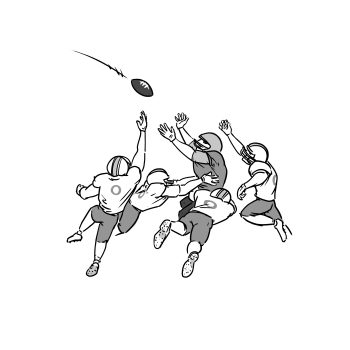 There are no specific trade dress laws in China. Sellers cannot rely upon trade dress intellectual property rights to protect their products in China.

As discussed in Chapter 3, copyright protections are automatic in China but may also be registered for either domestically or internationally via the Madrid Protocol.

Historically, copyright protections for foreign Sellers, companies, and corporations in China have been notoriously weak. In recent years, however, the People’s Court has issued rulings that seem to be changing the tide in China pertaining to an increased recognition of “trade dress”.

In 2017, the People’s Court issued a ruling in favor of Lego, the world’s most profitable toy company in 2013[2] and manufacturer of the popular children’s building-block toys.

The toy industry in China is estimated to be worth $31 billion.[3]

After Lego brought suit in China, the China Shantou Intermediate People’s Court ruled that “certain Bela products infringed upon the copyrights of the Lego Group and that manufacturing and selling of those products constituted acts of unfair competition.”[4] The Court went on to say that certain products were protected under the AUCL.[5] The trade dress of Lego’s products had “the distinctive and unique appearance of certain decorative aspects of its packaging across particular product lines.”[6] As a result, Bela could no longer copy these unique trade dress aspects.

Trade Dress has been successfully protected in China via bringing suit under China’s trademark laws. 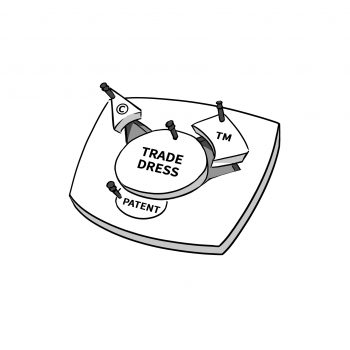 Both STIHL, the chainsaw manufacturer, and Activision Blizzard, the creators of the popular online game World of Warcraft, won trademark lawsuits in China where the issue of trade dress infringement was raised.

In STIHL, a Hangzhou machinery company manufactured chainsaws with Stihl’s color scheme.[7] STIHL was deemed by the court to have trade dress protection for its distinctive orange-and gray color scheme.

Activision Blizzard brought an action against a Chinese company for publishing an infringing game called Everyone WarCraft: War of Draenor. The Chinese company had copied much of World of Warcraft’s look and feel.[8] Activision Blizzard was awarded trade dress protection for the look and feel of World of Warcraft, including such elements as character names and designs, equipment icons, maps, and game interface.[9]

Besides being able to more frequently raise trade dress claims during trademark infringement suits, in 2008, China saw one of the first lawsuits where a plaintiff raised a claim entirely based upon infringement of trade dress rights under the AUCL. Ferrero Rocher brought suit in the People’s Court against a company that mimicked the gold-colored foil packaging around their famed hazelnut-centered chocolates.

Despite being “known” for their packaging, Ferrero Rocher could not bring a trademark infringement claim because it had failed to register its mark in China. Instead, Ferrero Rocher brought the suit under China’s AUCL.

The Chinese Supreme Court affirmation marked a distinct advancement in the development of trade dress law in China.

Anthony’s Advice: The Chinese Court’s increasing acceptance of trade dress as a viable intellectual property right is great news for sellers.  As it still stands, however, Sellers should treat trade dress as a very new intellectual property right in China that they may or may not be able to raise. It should not be seen as a substitute for a properly registered copyright or trademark, but rather a supplement.

In China, trade dress is neither well defined nor given any specific protections.[11]  As the Ferrero case explained, a trade dress infringement claim can only be brought if the product being infringed upon is “well-known merchandise.”[12] Therefore, an individual or company seeking to raise a trade dress infringement claim against a seller must prove that their merchandise is so “well known,” and the Seller’s products are so identical that the Seller infringed upon their trade dress.

Sellers seeking to avoid this type of lawsuit in China simply needs to not mimic a Chinese company’s products. Not copying another company’s products is sound advice, not just in the Chinese market, but around the world.

Trade dress is the least recognized and most ill-defined intellectual property right in China. Sellers should not rely on trade dress to protect their products. However, trade dress is appearing more frequently as a feature of more recognizable intellectual property lawsuits in China, such as copyright infringement and trademark infringement cases. Sellers should work to ensure that their products neither infringe upon the originality of another’s design nor are likely to confuse consumers as to the origins of a product.